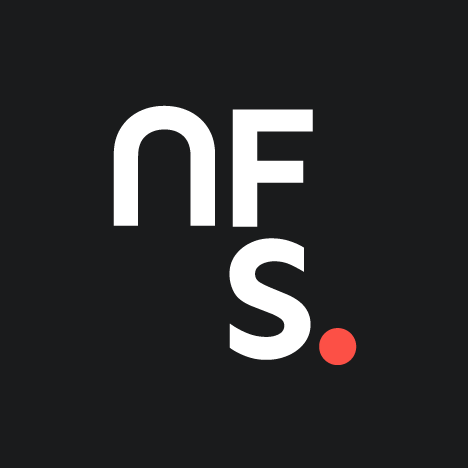 It’s time for you to feed the hungry film nerd within.

We are here to accelerate the ambitious storytellers.

We believe anyone can be a filmmaker and anyone can go big in their film career with the right guidance and tools. To put it simply, we help students go from novice to expert in a fraction of the time and cost. We have spent the last 10 years perfecting our course so you can jump right in and start making a living doing what you love in under 6 months

Not having the ‘best’ gear is no excuse to put your dreams on hold any longer.

Whether you are using a fancy boy cinema camera or a couple of hundred buck DSLR, top of the line editing with all the best add-ons, or naughty pirated edited programs from 8 years ago (don’t worry we have a strict no snitching policy)- it just doesn’t matter. We will teach you how to get the absolute most out of what you have available to use so that you can start filming within your budget. Let’s embrace the hunger to make films, not the excuses why you can’t!

Our team of pros not only have 100+ years of combined experience. They want to share it with you. These are people who have won Emmy’s, are producing Hollywood films and who have spent decades working with brands and have tonnes of creative experience.

If you have a question, it’s your time to ask it in these sessions. We are here to give you as much value as possible so you are always learning something new and from the people who know their stuff inside out.

As you progress through the 12 modules of the course you will be expanding your knowledge one technique at a time. You will develop your own creative voice and master your creative skills and hone in on your business know-how when it comes to applying your new found skills to make some real dosh!

We know you’re starving for this big juicy course! Your plate will be filled with the most current and up-to-date tools and techniques so that you can take it to the next level and run with it – without questioning if this is ‘really’ what you need to know.

The best part is that you get real human one-on-one time with Brady so you will always have the safety of this face (insert face) on the phone or in a zoom call.

This is the – Non-compulsory Zoomie with Brady.

He has worked with international record producers and some of Australia’s biggest domestic names, and his videos have generated millions of views. Brady has worked for the University of Newcastle since 2011, lecturing and tutoring, editing, writing and cinematography.

Brady also owns and operates GMRX Media a boutique production company, the A Stream a live video streaming studio based in Newcastle, and is currently completing a RHD with the University of Newcastle.

He founded Newcastle Film School in 2015 seeing a need for students to not only get the core skills they need, but also connect with industry professionals to workout pathways into the film industry. His hobby is his job, pretty much he’s super stoked at the situation.

Adam is a director, editor and senior creative with over fifteen years experience working across film, television and digital.

Clients he has written, directed and produced for include Twitter, SBS, Colgate, Sony Music, MTV Australia, Transport NSW, Mirvac and The Seven Network. His career began in special effects on feature films such as The Matrix Sequels, Kangaroo Jack, Moulin Rouge, Mission Impossible 2, Stealth and Superman Returns. He then moved into production and post-production in advertising

With a flair for comedy, ideation, a cinematic style and anything musical, much of Adam's work embodies these traits. His music videos have gone to Number 1 on the charts and his comedy work has been viewed by millions. He has directed successful campaigns for Mirvac, Arrowfield Stud & Transport NSW. Whether it be in the genre of comedy, drama, tvc, a large scale cinematic doco or online content Adam is adaptable while bringing his own unique style. His comedy chops have landed him writing gigs for Channel 7, SBS and concept creation for multiple music videos, of which he has directed about a dozen.

He is also a Senior Creative Editor with over 10 years experience cutting for the top ad agencies and production companies doing TVCs, promos, comedy, docos and trailers. These include JWT, DDB, BWM, HOST, Saatchi and Saatchi, Revolver, WHYBIN/TBWA, The Glue Society, Emotive Content and The Gingerbread Man. He has edited for number of well-known brands including Netflix, Twitter, Telstra, Virgin, Volkswagen, Hyundai, McDonalds, Optus, Telstra, Qantas, National Geographic, ANZ and Pepsi Max. He has recently been nominated for an Australian Screen Editors Guild Award in the commercial category alongside some of the countries top editors.

Gavin believes that film and TV are the myth of today – that what we watch on screen informs our lives, what we value and think about.

With a deep focus on authenticity and compassion, he sees the telling of stories that matter – noisy stories about the stuff of life – as an important part of shaping a healthier, happier and more connected world of tomorrow.

Olivia Olley is a multi-award winning producer of branded content and is emerging in the scripted entertainment space.

In early 2020, her company, Good Eye Deer, received a development grant via Screen Australia for a Romantic Comedy feature film written by the writers of Mad Men. This project is in partnership with the US production company, Depth of Field (About A Boy). In 2019, Olivia was an Associate Producer on a pre-school show for Ambience Entertainment – due for release this year. And, in 2018, she was recognised by the Australian Screen Producers Association’s “Ones to Watch” program with Jo Porter (Fremantle Media) as her mentor.

Olivia’s career began in theatre, where she worked as tech crew at the Sydney Opera house. She then moved to London and started her path to film, working at a Post Production house as a runner and producing short films with colleagues. Back in Australia, she completed a writing degree, graduated with honours in documentary production, and was nominated in 2010 by the St Kilda Film Festival for best short documentary.

In 2012, Olivia teamed up with her now-husband, Gavin Banks. Together they produce advertising content and are actively developing scripted content for film and TV.

Pawel ‘Parv’ Jarecki is a filmmaker with a passion for human focused documentaries.

He’s directed and produced content for the likes of MTV, the Olympics, Foxtel, Nickelodeon and the list goes on. A few years ago he went off with two mates and very little money on a 6 months trip across the USA, making a 6 part documentary series about the adventure. The show (called Unplanned America) was sold to Netflix and SBS Australia. Due to its success, both broadcasters co-funded two more seasons, and Parv was living his dream of creating human centred documentaries while getting paid to do it. Over the course of the three seasons Parv filmed with Juggalos, Porn Stars, Gangster Rappers, Marijuanna Shamans, First Nation Americans and many, many more.

Samuel Hutchinson is an editor with over a decade of experience across advertising, corporate video, and broadcast television.

Tristram Baumber is a screenwriter with broad experience across television and film.

His forthcoming TV series THE PM’S DAUGHTER is the first project to be developed under the new Fremantle Kids banner. He was a writer on Netflix and ABC TV’s 2019 young adult series THE UNLISTED. He wrote on the second season of Matt Okine’s sitcom THE OTHER GUY for streaming services Hulu and Stan. From 2017 to 2019, Tristram was in-house writer for Aquarius Films, working on a variety of feature and television scripts across genres, including his romantic comedy THE ASSISTANT, which is in development with Aquarius. His sci-fi sitcom FUTURE BOY is currently in development with Easy Tiger.

In 2014 Tristram created and wrote his own TV comedy, TIMOTHY, which starred Stephen Curry and Denise Scott and aired on ABC TV. Tristram’s additional credits include two seasons of his short-form sitcom THE CLEANISTS, writing for 2013 topical comedy WEDNESDAY NIGHT FEVER and penning short plays that have been performed across Australia, New Zealand and India.

Award-winning writer and producer known for her work on The Great, Vikings: Valhalla, and Tin Star.

Nominated in 2021 for a WGA award for Best Comedy Series and Best New Series, Vanessa is now developing a series based on the life of renaissance artists Artemisia Gentileschi for CBS Viacom. Nominated in 2018 for an Australian Writer’s Guild Award for Best Drama Script (The Wrong Girl), Vanessa’s work straddles comedy, drama and action as well being spread across historical and contemporary settings.

Prior to moving to the UK, she was a contributing writer in the rooms for The End (Seesaw/Foxtel) as well as writing scripts for Love Child and Secret Daughter. Vanessa has also contributed to writers rooms for Gaumont, MGM, Matchbox, Endomol, Jungle and in 2019 Executive Produced the Documentary series Extreme Engagement for Netflix.

In her early career in New Zealand, Vanessa was the lead director on Outrageous Fortune as well as directing for Disney's Power Rangers and producing and directing the Emmy nominated teen series Being Eve.

Divorced twice and a mother to 'sixish' children, Vanessa is rarely short of story.

Say goodbye to the guesswork.

We cut through the noise to teach you what you need to know, when you need to know it. So that you can pour into what really matters, like actually doing the work to make movies! Your capacity is a precious resource. Let’s make sure you’re using it wisely.

reserve my place with $199 deposit

Every fortnight, we send you a slice of goodness

For the ambitious storytellers

Pay in full to be enrolled today!
Not quite sure if this is the course for you? Secure your place with a $199 and we will be in touch to discuss the course in more detail with you. 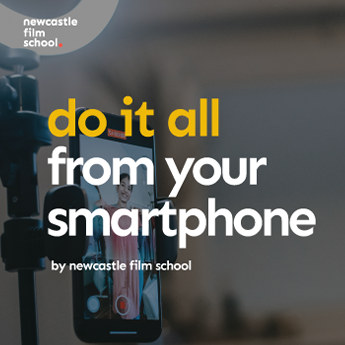 Use code 99FORME at checkout
to save $398 on this course!